The “Fuego en la Sangre / Fire in the Blood” recital presents,in all its splendour, the amazing passion that the Spanish music is capable of expressing. It is a journey that starts at the beginning of the XVIII century with the so called “escuela bolera / bolero school”, with authors such as Blas de Laserna, Manuel García or Sebastián Iradier whose composition inspired Bizet in creating the world famous “Habanera“ aria in his opera “Carmen”.

Lorca, Falla, Hallfter and Granados are part of our essential Spanish roots nourished by the deepest and oldest of our popular traditions. Hence, we could not forget to present such jewels as the popular songs by Federico Garcia Lorca or the gipsy lullaby by Manuel Falla. The recital ends with two contemporary Spanish composer, Joaquín Díaz from Zamora and the great Joan Manuel Serrat and his wonderful rendering of Antonio Machado’s poem “La Saeta”. 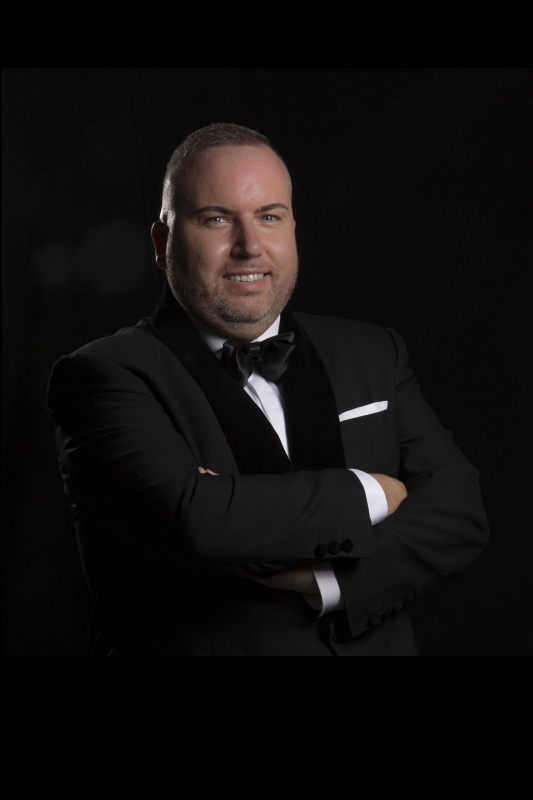 Together with his brother, Francisco Cuenca, he has recorded eight records, mainly dedica- ted to Spanish Music, published and distributed by “Dial Discos”, S. A. from Madrid. They have also a live video recorded at the Guitar Palace in Japan, and a DVD at the FA- zioli Gallery in Paris, recorded by Searstar Music TV.

They were awarded, by the Linares Municipa- lity, the 2001 Culture Award for their trajectory in favour of culture.

Similarly, the Congress “Linares Información” has given them in 2004, the Award “Linarenses sin fronteras” together with such relevant artists as the Spanish singer Raphael.

In May 2005, he was nominated Honorary Professor of the Huarte de San Juan Institute in Linares, with the sponsorship of Dr.Perucho, prestigious international scientist, discoverer of human oncogenes.

In 2007 he was awarded with the Mention of Honor “Dulce de Membrillo” in the IV chart of the Women Association María Górriz of Puente Genil (Córdoba). In 2009 the Puente Genil city council names him "Hijo Predilecto"and gives him the City Gold Medal. In 2010 he received the Andrés Segovia Medal from Foundation named after the distinguished linarean guitarist 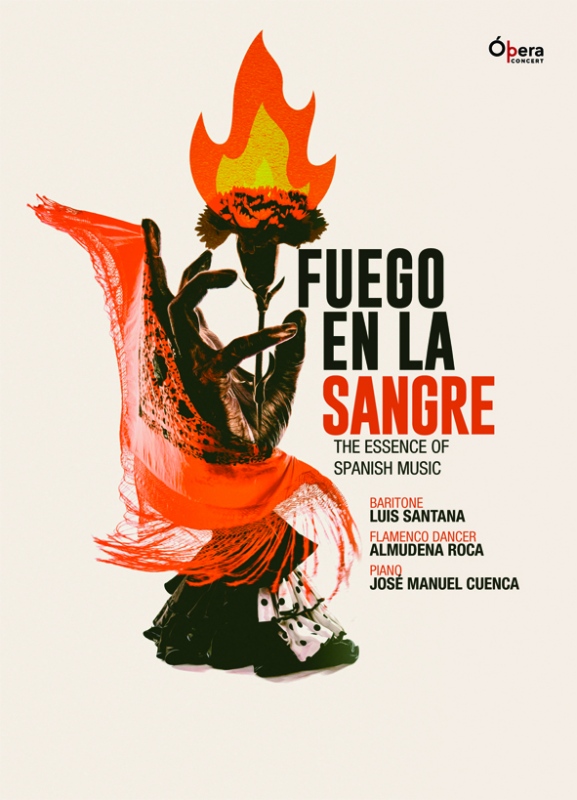 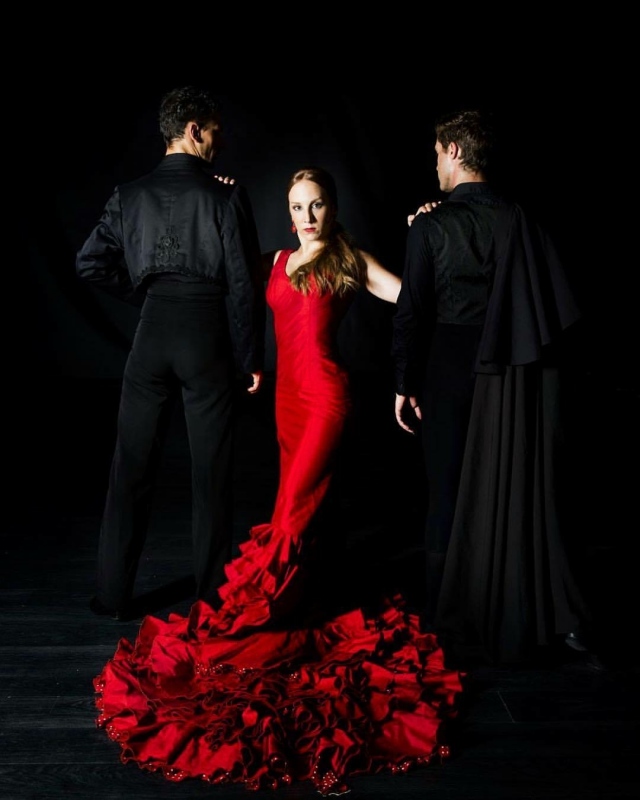 She was born in Cartagena(Murcia). From an early age she is attracted by the world of dance and this is how she begins her studies at the Conservatorio Profesional de Danza de Murcia, where, on top of being promoted and terminating her studies before the standard times, receives the Honorary Enrollment in the Professional Degree of Spanish and Flamenco Dance in 2012.

She obtains the First Prize in Spanish Dance and Flamenco at the "Tiempo de Danza" Competition of Murcia, she is also sponsored by Doña Virginia Valero, director of the Conservatorio Superior de Danza in Madrid 'María de Avila' to begin her studies in this center, and thus in 2017 she obtains the Degree of Superior Title in Choreography and Interpreta- tion of Spanish and Flamenco Dance by this same center. During this stage Almudena has had the pleasure of taking class with teachers such as Elvira Andrés, Oscar Jiménez, Rafaela Carrasco, Isabel Bayón, José Maldonado, Pe- dro Córdoba, Ana Morales, David Coria, Antonio Pérez, Virginia Valero, Eva López Crevillén, Virginia López Gallo, Gonzalo Zaragoza, Guadalupe Mera, Angel Martínez Roger and many others.

She combines her professional career with academic career, graduating in the Master's Degree in Flamencology from the Escuela Superior de Música de Catalunya in September 2018. In the meantime attend workshops and classes with different teachers such as: Oscar Jiménez, Rafaela Carrasco,